Libraries NI (Northern Ireland) developed a library loaning and training programme to enable staff to run workshops and support borrowers to use the micro:bit. 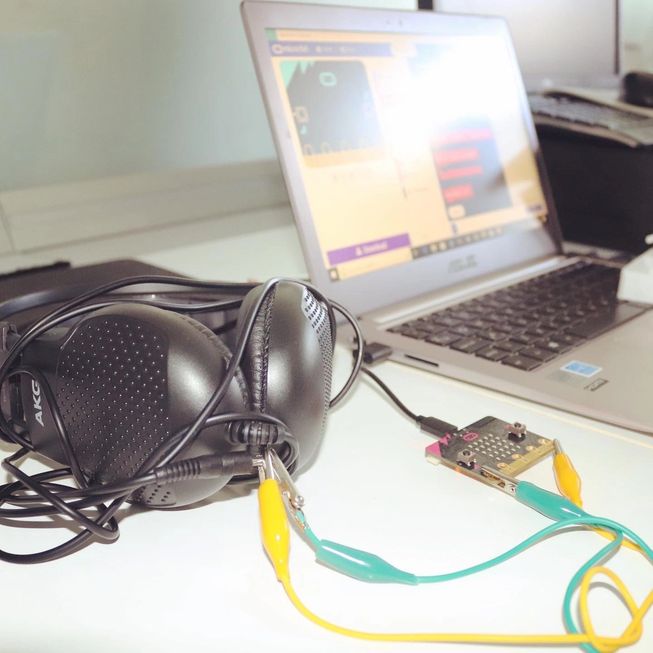 The Micro:bit Educational Foundation donated 1,500 micro:bits to Libraries NI to support their outreach programmes across Northern Ireland. The programme will bring micro:bits to libraries and mobile libraries all over the country, enabling students to take part in workshops as well as library loan programme.

To introduce micro:bit, Libraries NI ran a series of hugely successful workshops at local libraries which were facilitated by Nerve Centre Belfast. All workshops in the series were fully booked, with up to 12 children participating per session.

The 2-hour workshops were offered in 8 different locations throughout Northern Ireland during the half-term period in 2020.

Beginning with unplugged activties using paper and craft materials, young people were introduced to the concepts of computational thinking, such as decomposition and abstraction.

Then in groups or pairs, the attendees were introduced to the micro:bit hardware and components before working through a series of activities in Makecode. These tasks were scaffolded and increasing difficulty so students could explore further depending on their confidence and ability.

The Libraries NI team noted that, in terms of attendance, there was a particularly high volume of girls who wanted to learn more about coding and discover micro:bit. They also noted that the biggest demand for workshops were in libraries located in areas of social deprivation, where every session had a waiting list. The team are exploring how they will run additional sessions to cater to this demand, while the micro:bits - available for loan from libraries for up to three weeks at a time - are already attracting huge interest.