Milestones for the BBC micro:bit

How the micro:bit is building on a revolutionary legacy

Following in the footsteps of the pioneering BBC Micro in the 1980s, the micro:bit is creating a new generation of digital innovators in the UK and around the world. Let’s take a look at the origins of learning and technology at the BBC, and the key milestones for the micro:bit… 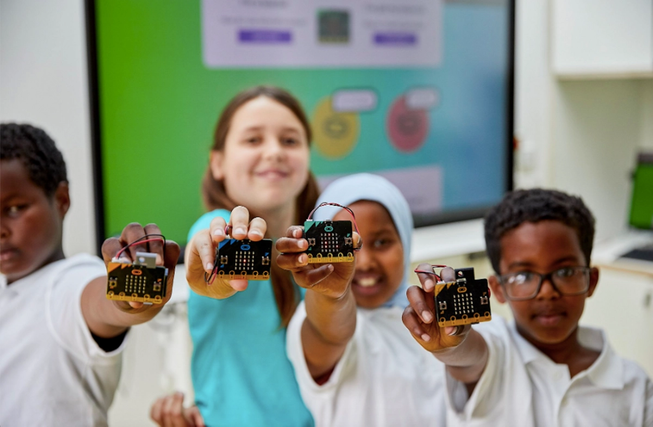 Early 1980s: The BBC’s Computer Literacy Project leads to the introduction of the BBC Micro, a microcomputer built by Acorn Computers. BBC Micro runs a new programming language, BBC Basic, which even young children can understand, and helps to start a revolution in computing. About 80% of British schools have a BBC Micro and it proves popular for home use, too. The Model A and the more expensive Model B go on to sell more than 1.5 million units.

We want to inspire a new generation to get creative with coding, programming and digital technology.

October 2013: Tony Hall, the BBC’s director general, announces plans to “bring coding into every home, business and school in the UK”. Thirty years after the launch of the BBC Micro, Hall says he wants the BBC to “inspire a new generation to get creative with coding, programming and digital technology”.

March 2015: The BBC launches Make it Digital, a major UK-wide initiative focused on creating the next generation of digital pioneers. The project is a response to a significant skills shortage, with 1.4 million digital professionals needed over the next five years. 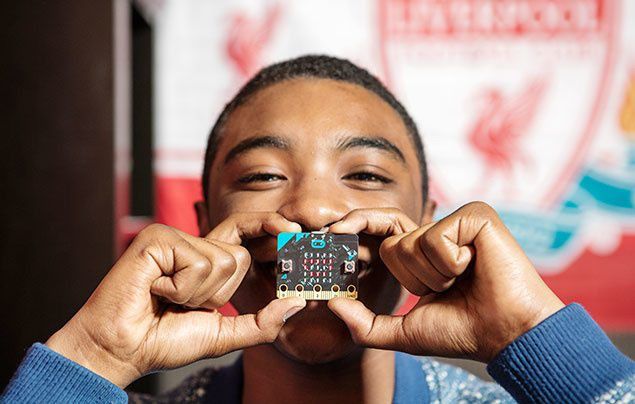 March 2016: Every Year 7 student in England and Wales, Year 8 student in Northern Ireland and S1 student in Scotland (all aged 11-12) receives a micro:bit – a pocket-sized codeable computer with motion detection, a built-in compass and Bluetooth technology. Developed by the BBC in partnership with 29 organisations, the micro:bit is intended to transform young people from passive consumers of technology into digital innovators.

2016: The organisation Computing at School delivers micro:bits to students at more than 5,000 schools and hundreds of home schools. Computing at School establishes a national training programme to equip secondary teachers with the skills and knowledge to use micro:bit confidently and effectively in their classrooms. 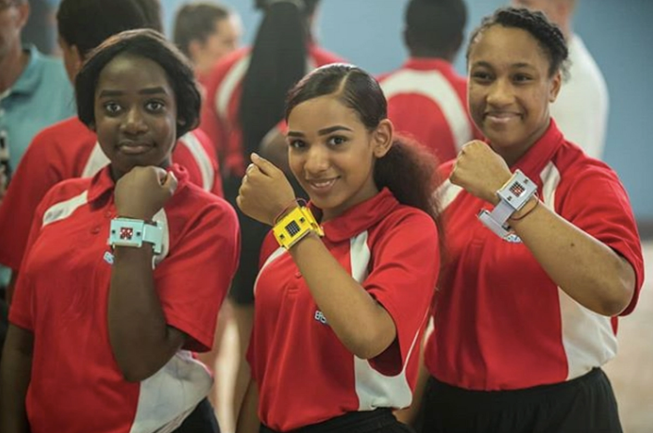 September 2016: The Micro:bit Educational Foundation, a not-for-profit organisation independent of the BBC, is established to continue the micro:bit project internationally. Its vision is to inspire every child to create their best digital future.

The Foundation has four aims:

2016-17: micro:bits begin to be offered for loan in libraries around the UK, after Amy Hearn of Kirklees Library Service puts micro:bits on the shelves of 10 libraries in her area. Hearn goes on to join forces with the Micro:bit Educational Foundation to found the #MicrobitsInLibraries scheme. By August 2018, 12,780 micro:bits are available in 1,278 UK libraries. By November 2020, more than 20,000 micro:bits will be on offer in UK libraries.

“I’m proud to have played a part in the development of #MicrobitsInLibraries - a project that has helped to bring digital making to thousands of people who might otherwise have struggled to access micro:bit. By loaning micro:bit to use in their own time, a person can experience a sense of ownership and have the freedom to experiment in a way that they might not feel in a workshop setting.”

2017: Computing at School extends its national training programme to primary teachers. The Micro:bit Educational Foundation donates a large number of micro:bits to support the programme in around 400 primary schools. 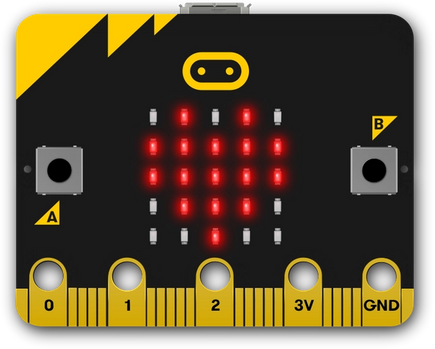 I think it’s cool children all over the country could be using the images I helped design.

March 2017: 11-year old Abbie from Hertfordshire designs the very first icons for the Micro:bit Educational Foundation’s Python editor which are then adopted by Microsoft for the Makecode editor too. Her mum Sarah says, “Abbie had lots of ideas, the challenge was to make them recognisable on a 5x5 grid. Abbie created fun images, such as the duck and roller-skate. Abbie says: “I feel privileged to be allowed to contribute in this way,” she said. “I think it’s cool children all over the country could be using the images I helped design.”

July 2017: The BBC releases figures showing the micro:bit’s positive impact in the first year of the project. Of the 11- and 12-year-olds who received micro:bits, 90% said it helped to show them that anyone can code and 88% said the micro:bit helped them to see that coding wasn’t as difficult as they thought.

Among teachers, 85% said the micro:bit had made ICT/Computer Science more enjoyable for their students. Half of teachers who had used the micro:bit said they felt more confident as a teacher.

End of 2017: The Micro:bit Educational Foundation wins in the learning and education category at the 2017 World Summit Awards which honour local digital innovation that is improving society.

The near limitless possibilities makes it a perfect tool to foster digital creativity.

Digital Xtra Fund strives to give every young person in Scotland access to digitally creative activities, regardless of their gender, background, or where they live.

Kraig Brown, from Digital Xtra Fund, said “What makes the micro:bit so brilliant is it’s simple to use, and yet, it’s also engaging across a range of ages. The near limitless possibilities makes it a perfect tool to foster digital creativity. This is key for Digital Xtra Fund and our grant recipients whose aim is to inspire young people to understand and create with technology, not simply consume it.”

October 2018: The manufacture and distribution of the two millionth micro:bit is announced by the Micro:bit Educational Foundation. The micro:bit has gone global, with the device available in more than 50 countries and large national projects under way in Canada, Croatia, Denmark, Hong Kong, Iceland, Singapore and Uruguay. The Foundation’s goal is to reach more than 100 million children worldwide. 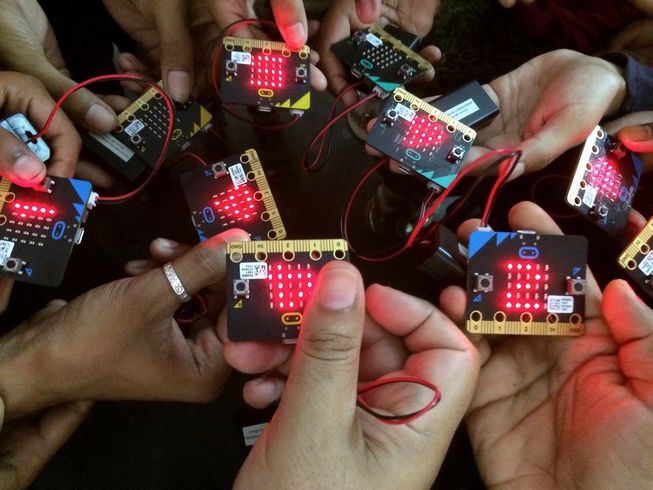 2019: The Micro:bit Educational Foundation donates 4,000 micro:bits to the National Centre for Computing Education (NCCE) in England. The devices will be included in physical computing kits, to be made available to schools via the national computing hubs. The NCCE, founded in November 2018, is a Department for Education investment in teacher professional development for the teaching of computing in schools and colleges in England, from key stage 1 through to A-level.

The BBC micro:bit is perfect for teachers who are taking their first steps in Computer Science.

Gareth Stockdale, CEO of the Micro:bit Educational Foundation, says “We are really excited to support the NCCE in its mission to deliver the highest standard in computing education to students in England. The BBC micro:bit is perfect for teachers who are taking their first steps or for those specialist teachers who want to take things further using physical computing.”

September 2019: Through a partnership with Libraries NI, 1,500 micro:bits are delivered to 99 libraries and eight mobile libraries in Northern Ireland, alongside a training programme to enable staff to run workshops and support borrowers to use the device. Ulster University, with support from the Micro:bit Educational Foundation, is also offering micro:bits on loan to 1,029 schools throughout the region.

October 2019: The Micro:bit Educational Foundation donates 4,000 micro:bits to Scout groups across the UK, 30% of which are in deprived areas. The micro:bits will be used to help Scouts earn the Digital Maker badge.

October 2019: The first ever micro:bit Live – a two-day festival of talks, workshops and discussion – is held at BBC MediaCityUK in Salford. Over 250 micro:bit enthusiasts from all over the world are in attendance.

It really put into perspective the popularity of the micro:bit.

Josh said “micro:bit Live was an event I had been looking forward to for a while. It was a great and unique opportunity to have some amazing community members gather together in one space to share projects, ideas and knowledge. It really put into perspective the popularity of the micro:bit and showed the passion people have for this awesome device.”

After such a successful first year, the next instalment of micro:bit Live will take place in 2020. Watch this space!

January 2020: Teachers are able to meet the micro:bit at Bett 2020, the show for education technology. People from more than 146 countries come together in London to celebrate, find inspiration and discuss the future of education.

March 2020: The Micro:bit Educational Foundation launches its brand-new website, making fresh resources and tools to support classroom teaching available to educators in the UK and worldwide. New materials for teachers include units-of-work with planning and lesson guides, projects to transform your micro:bit and problem-solving activities.

April 2020: The winners of the do your :bit challenge are announced. Over 1,000 entries were submitted, demonstrating children's work in response to the UN Global Goals for Sustainable Development, using the technology of the micro:bit in the expression of their ideas. The annual competition asks young people aged 8-14 to use technology to solve a problem affecting their community or a community elsewhere in the world. 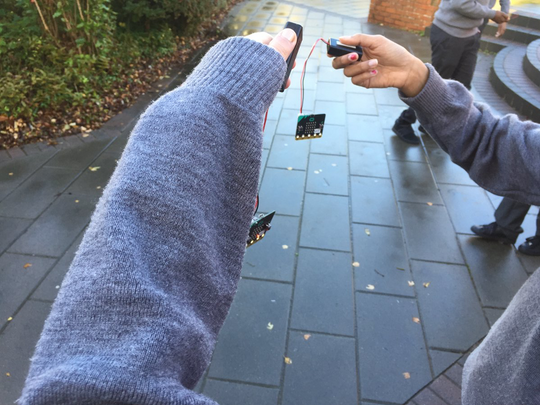