IRIM (the Institute for Youth Development and Innovation) have been developing and deploying a educational projects based on the micro:bit since 2017. 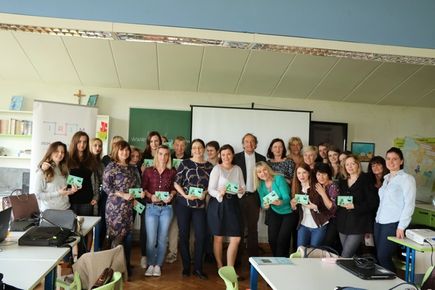 Their projects have been run in partnership with CARnet, the Croatian Ministry for Education, Rotary District 1913, RotaryClub Zagreb Center and Google.

The initial programme brought 23,000 micro:bits to 1100 institutions such as schools, libraries and NGOs, as well as a training programme offering introductory, advanced and subject-specific micro:bit training to teachers.

A national micro:bit roll-out and training programme, in cooperation with the Ministry of Science and Educationand the Croatian Academic and Research Network. Through this project, 85% of the schools (over 800 schools) in Croatia joined the project voluntarily, and a micro:bit was given to every 12-year-old student to use at school and at home.

A new training programme, dedicated to integrating the micro:bit into classroom teaching and subject-specific learning, was rolled out to the 800 schools, reaching 2500 teachers.

With this project Croatia becomes possibly the first country in the world to integrate the usage of the micro:bit in first 6 years of the primary school curriculum. 60 schools were provided with 2000 micro:bits, and 150 teachers were trained through a pilot project aiming to introduce programming and digital creativity in the subjects already in the school curriculum.

Following the success of the classroom roll-out, a library programme was launched as a crowdfunding campaign with the goal of donating micro:bits and 3D printers in order to transform local libraries into digital education and innovation centres. It resulted in 3,000 micro:bits being made available to borrow in 100 libraries nationally, with training for librarians to enable them to run micro:bit workshops.

IRIM's latest initiative is supported by $250,000 USD of Google funding and aims to establish libraries as centres of digital creativity. The project seeks to make micro:bits available to borrow from 170 libraries in Croatia, Bosnia & Herzegovina, Kosovo and Serbia, along with training workshops and 3D printers available for use. 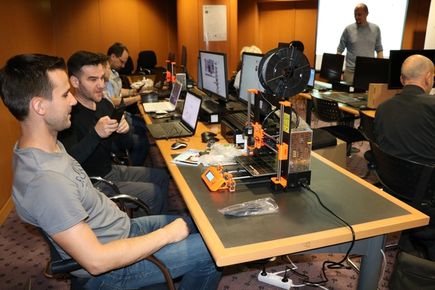 By May 2019, 200 workshops had been organised by librarians in Croatia with over 1,500 people in attendance and micro:bit hardware borrowed more than 1,000 times.

Materials for teachers participating in IRIM's programmes are made available through a digital portal called Izradi! (Make! in English) Teacher training in the "ProMikro Project" was provided in three stages:

After the first year of the ProMikro project, a teacher survey captured some interesting findings: