Elizabeth was the winner of the Global Challenge for North America. She created an affordable home security system after one of her friends’ houses was nearly robbed.

How did Elizabeth start using the micro:bit?

Elizabeth began using the micro:bit after learning to code with her mother, Marianne, at a mother-daughter coding class. They were tasked with coding light-up pumpkins for Halloween! Elizabeth and her mother really loved how easy micro:bit is to use so they could get creating and coding straight away. Since taking part in the Global Challenge, Elizabeth thinks she would like to work for Apple or Google in the future!

What did she create?

The code for Elizabeth’s home security system was written in MakeCode; you can see the code here. 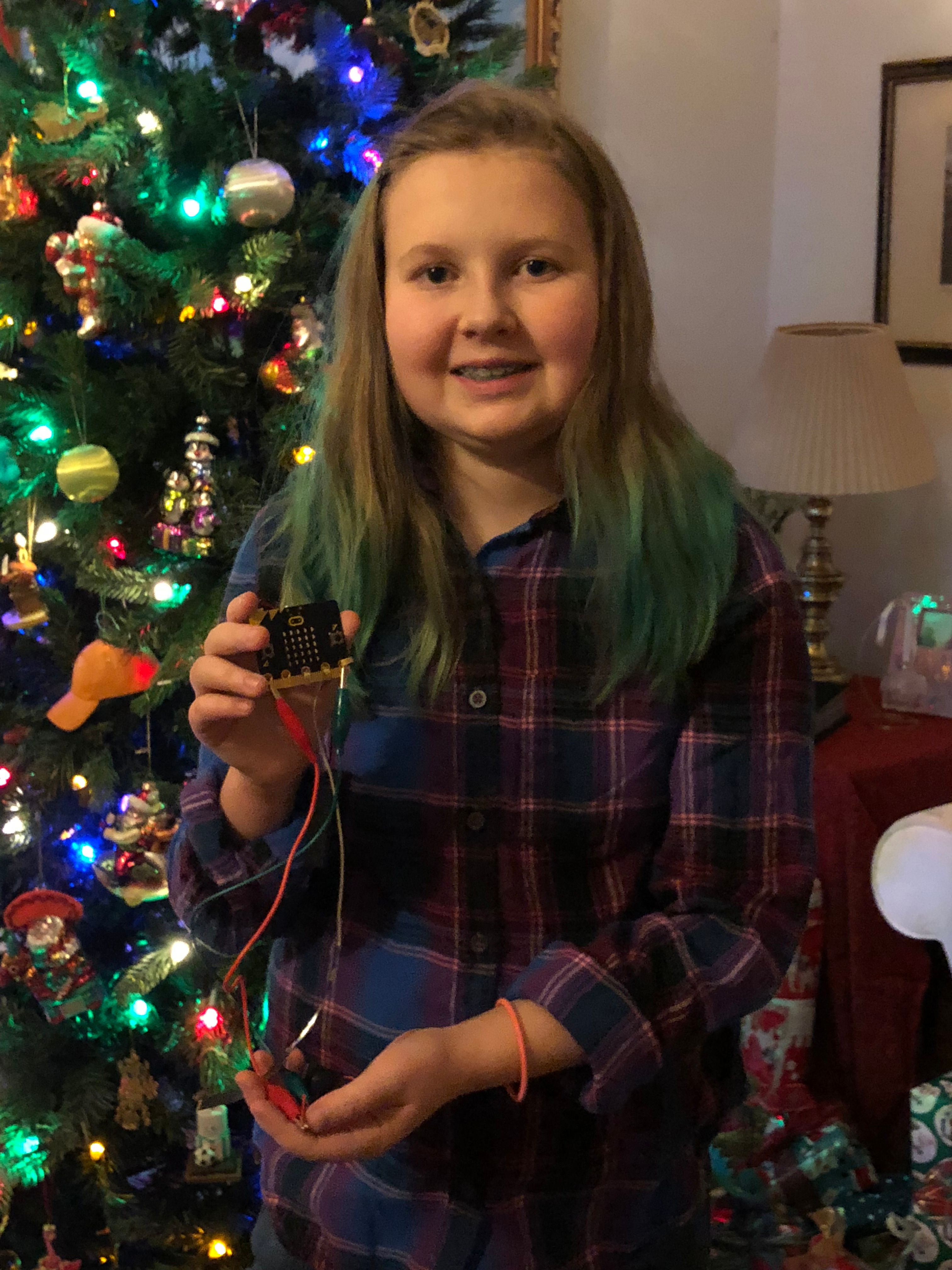